On Friday night, 8:00 p.m., the 15 day Odd-Even experiment ended in the nation’s capital. Amidst great support by the population of Delhi, Chief Minister Arvind Kejriwal congratulated everyone for the success of the experiment.

But did the experiment really succeed?

Let’s take a look at some of the findings of the experiment. 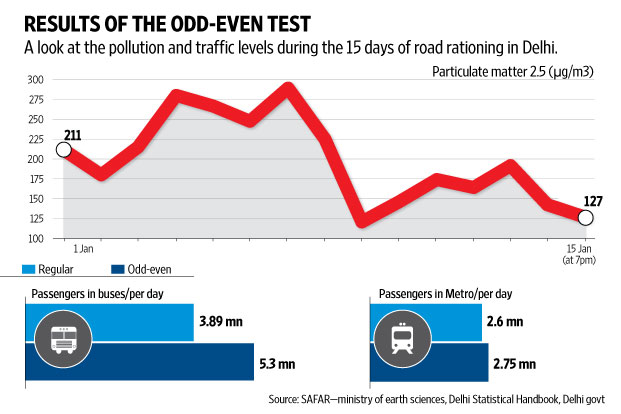 During the experiment, the highest P.M. 2.5 level recorded was 400 µg/m3 as opposed to over 600 µg/m3 in December, according to Delhi transport minister Gopal Rai.

True that this indicates a significant improvement in air quality but Delhi is still far from the mark of the optimum 60 µg/m3 (as suggested by the Delhi Pollution Control Committee). The takeaway being that:

The bad news is that most experts are bent towards the second observation. The Council on Energy, Environment and Water (CEEW), an independent think tank, said that there is no conclusive evidence to prove that the odd-even policy improved Delhi’s air quality.

An analysis of the data collected indicates that the average air pollution levels increased in the first week of January compared with the previous week. However, in the second week of January, air quality was marginally better, but still poorer than the last week of December. (CEEW also claimed that their readings were almost identical to those of the pollution monitors installed by the Delhi Pollution Control Committee).

The problem, as the think tank put it, is that conclusive evidence was very hard to provide for the experiment given the meteorological variables of wind speed, temperature and precipitation.

Congestion: Traffic congestion was visibly lower in most areas. The reasons for this being that people largely followed the rules imposed (9,140 offenders in 15 days, or 609 per day). Metro ridership went up by about 1,50,000 people per day whereas bus ridership increased by 14,10,000 people per day.

However, there was a 10% increase in traffic congestion in the five locations mentioned above. This has been attributed primarily to a 17% increase in two-wheelers, a 12% increase in three-wheelers, a 22% rise in taxis and a 138% rise in the number of private buses during the experiment, as reported by the CEEW.

It isn’t a very clear image then. Some people have blamed the large exemptions to the rule for having failed the experiment whereas others have commended the government’s effort in successfully carrying it out at this scale.

There is also the large number of vehicles entering Delhi through surrounding areas of Gurgaon, Noida, Faridabad, etc. which contributes to pollution and traffic each day. Largely speaking, the odd-even rule has impacted pollution. But to be able to provide long term solutions for the same would require the government to take major decisions on Delhi’s public transport and infrastructure. 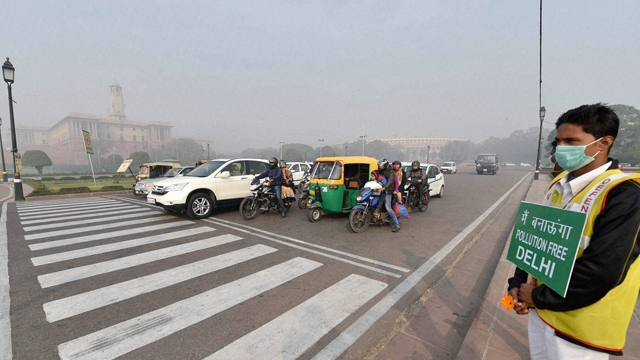 8 days of the odd-even rule in Delhi and reports indicate a largely positive atmosphere. Literally.

According to the Delhi government, P.M. 2.5 levels saw a consistent decline due to the odd-even rule in the nation’s capital. Delhi Transport Minister, Gopal Rai further told the country on Thursday that “In December, PM 2.5 was at an average of 400 to 465 (six fixed pollution stations) . The data of 18 locations taken yesterday was less than 300.”

At an average, the levels have dropped by nearly 100 points signifying a drop in pollution by 25%. The worst air quality was measured near Tajpur (294) whereas the minimum particulate levels were measured at Dhaula Kuan (161).

The repeated concern over the air quality in areas bordering Delhi continues to bother the government and officials. This may be due to a large number of commercial vehicles plying on these routes, moving in and out of Delhi.

However, areas within Delhi were showing significant improvement in air quality. This observation is significant also because it indicates the acceptance of the Odd-Even rule by the commuters traveling in and around the various CBDs in Delhi. We believe that this change represents a positive shift in the mindset of the commuters.

But that’s not all. Data claims that there has been a 30% reduction in traffic volume due to the implementation of the rule. The violations have generated Rs 40 lakh (as reported on 6th January) in challans. The traffic police, in this time, had booked 401 drivers whereas the transport department booked 207 offenders. In total, over 600 challans were issued by the SDM.

The police reported that traffic norms were largely being followed and there were areas where no challans were issued, also an optimistic report for the next half of the experiment.

The change has been visible in other sectors as well, with petrol and diesel sales down by nearly 25% since January 1, as reported by ET. The number of cars coming in for servicing and repairs have also dropped significantly.

All this points to a largely positive second half for the odd-even formula in Delhi. Although violations have not exactly gone down, a large section of the public has accepted the experiment which seems to be helping in making a difference.

Delhi has the most number of registered vehicles (as well as millions of unregistered ones) of all Indian metros. In fact, the rise in the number of vehicles in Delhi has been phenomenal.

Data indicates that vehicular emissions has been on the rise ever since, overtaking domestic and industrial air pollution. 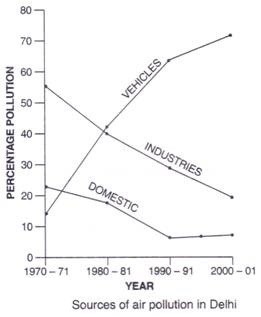 However, if you look at the latest data of Numbeo, you will find that there are 3 Indian cities in the top 10 cities with the Worst Traffic Conditions in the World.

And Delhi is NOT one of them.

The ranking is based on a number of factors such as CO2 emissions, the average time spent by a commuter in traffic, estimation of time consumption dissatisfaction and overall inefficiencies in the traffic system among others.

The ranking includes various indices such as the Inefficiency Index, Time Index, Time Experience Index, Traffic Index, etc. which correspond to factors such as CO2 consumption due to traffic time, estimation of time consumption dissatisfaction and more.

Upon analysis of the report, one sees that Mumbai tops the list, along with Pune at 3rd position and Kolkata at 5th. According to the index, it takes a person an average of 66.18 minutes to reach his/her destination in Mumbai, 60.82 minutes in Pune and 58 minutes in Kolkata.

Other Indian cities feature on the list as well. Bangalore is in 19th place, Coimbatore in 21st, Delhi in 23rd, Hyderabad in 25th and Chennai in 49th.

Having 8 cities on the list, India finds itself in 13th place on a traffic index by country beaten by countries like Kenya, Russia and Philippines.

This is not to say that Delhi does not have a serious traffic congestion problem. But with wider roads, a system of flyovers and underpasses and metro connectivity, Delhi does not, contrary to popular belief, have the worst traffic conditions in India. 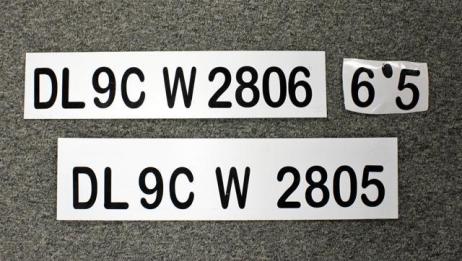 Wondering how you’ll manage in the January cold without your car every alternate day? Below are a few tips to help you game the system:

If none of the above work or if you aren’t up for a dare, then visit delhi.carpm.in and find yourself a commute partner for your daily travels.

Disclaimer: This is intended solely for entertainment purposes. Readers are advised to use their own discretion while commuting.

Can you say for sure that your petrol pump is NOT ripping you off? Petrol pump scams in India can end up costing you as high as Rs 200 per fueling. That could range from Rs 2400 per year to Rs 5000 per year depending on how frequently you need to refuel.

Luckily, with digitization, almost everything can be tracked. But, it still needs car owners to be vigilant while fuelling. Here are a few common frauds that you might be falling for:

Some of these scams are untraceable and that makes it very difficult to inquire about and for you to be compensated for your loss. Here are some simple practices to keep yourself safe of these scams:

Car, your commuting wonder, is one of the possessions that make your life simpler. Hence, it deserves the best insurance so that when you drive, you drive carefree. Buying online insurance for your car may seem like an easy option but in the e-world you might feel stranded after seeing so many lucrative offers. Consider the following factors before purchase your insurance online:

Shop smart and do your research.

Many people are often unaware when their car tyres should be replaced. Below are a few indicators of when it is the right time to change your car tyres.

The distance travelled by your car also gives you an estimate on when to replace your tyres. Most tyres last about 40,000 km under ideal conditions, i.e, if they are well maintained and not used too much on rough terrain. 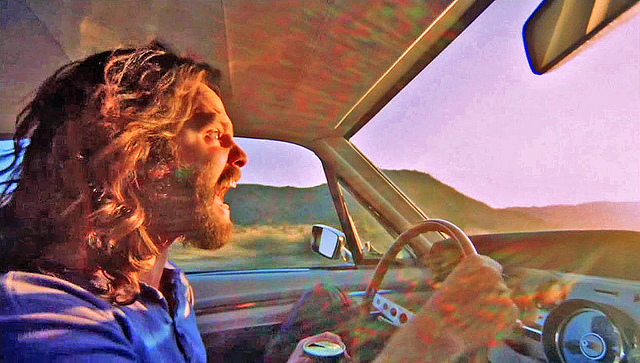